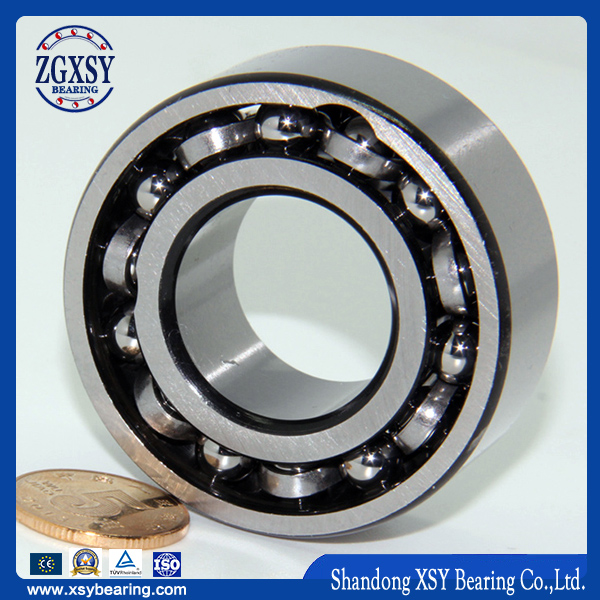 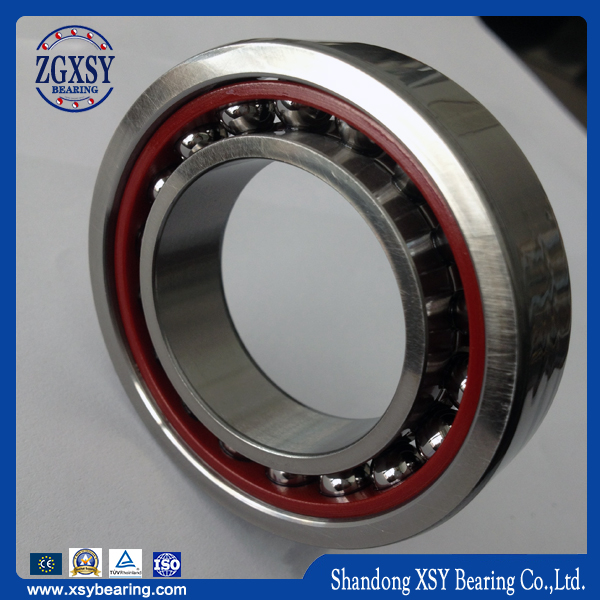 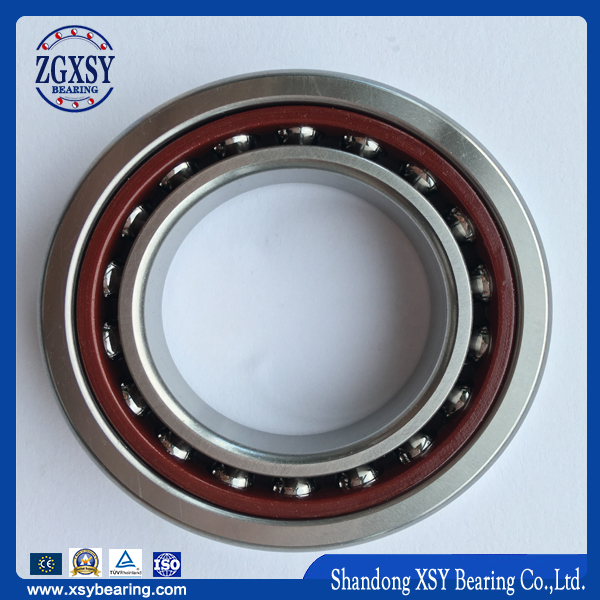 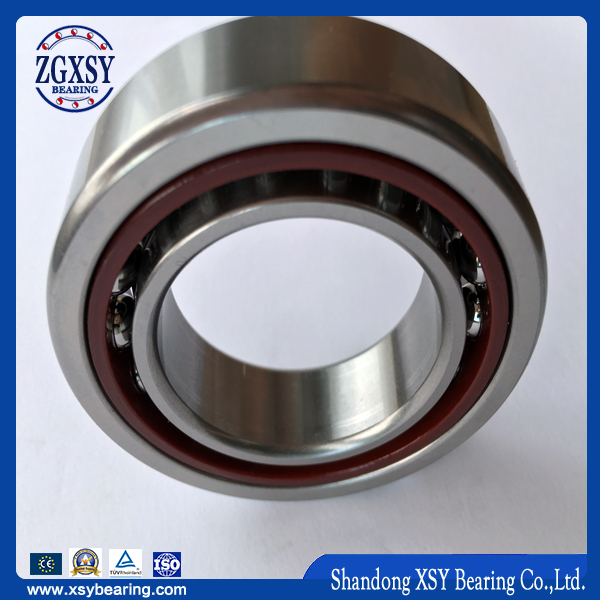 There is an angle between the ligature of steel ball of contact ball bearing and its contact point with inner & outside circles and radical side. The angel is generally 15°，30°，40°, showing with letter C, A, B respectively. Angular contact ball bearings have raceways in the inner and outer rings that are displaced relative to each other in the direction of the bearing axis. This means that they are designed to accommodate combined acting radial and axial loads.

The axial load carrying capacity of angular contact ball bearings increases with increasing contact angle. The contact angle is defined as the angle between the line joining the points of contact of the ball and the raceways in the radial plane, along which the load is transmitted from one raceway to another, and a line perpendicular to the bearing axis.

Should you have any questions and interests, please do not hesitate to contact us.We will work on 12 months per year, 7 days per week, 24 hours per day.

Welcome To Our Company

Thank you for visiting our website, we will offer our super quality products and perfect service for every client.